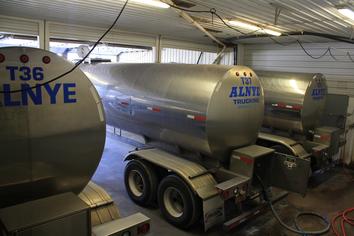 Marks Farms is a dairy farming operation on Route 12, 3 miles south of the village of Lowville, New York.
It is a multiple LLC operation.
The operating partners consist of David Peck, Jacquelyn Peck, William Marks, Lindsey Peck-Tabolt,
Christopher Peck, Stephen Peck and Andrew Place. All seven partners work and manage the farm on a
daily basis. William and Jacquelyn are the son and daughter of the founder of the original farmstead,
Herbert R. Marks, DVM. The farm was purchased from Dr. and Mrs. Marks at his death in 1985. At the
time of purchase, the farm consisted of approximately 350 cows and young stock and 1,750 acres. Since
that time, the farm has grown to approximately 4,500 cows and 4,500 young stock with 5,000 acres that
are owned and used as crop land and another 3,800 acres that are leased. Roughages are produced to
feed the herd with grains and dry hay purchased.
Some highlights of the farm include:
1. Average annual gross income of 28 million, of which a vast majority of business is done local.
2. Average annual payroll of 3.5 million.
3. Farm growth was spurred from internal growth of cattle with the only animal purchase of 200
head 15 years ago.
4. A cull rate of 18% to 20% over the last ten years.
5. Humane care certification from NYS Agri-Markets in February of 2009. At that time, only three
farms in the state had achieved certification with the next largest being an approximately 150
cow herd, bringing the end to the idea that large "factory" farms do not exercise the humane
care of animals. We are also NYSCHAP certified and certification from FARM on the national
level is pending.
6. Manure processing to allow better crop utilization of nutrients and improving environmental
stewardship.
7. Total cow comfort is stressed.
8. Employee work force of only 65 employees.
9. 800,000 pounds of feeds utilized daily.
10. 340,000 pounds of milk produced daily.
11. Awarded "Gold Standard" for quality of milk for eight years straight, Super Milk for five years.
12. Death loss of new born calves is less than 1%.
13. Embryo transfer of cattle done "in house".
14. National Genex Reproduction Award in 2014, placed third in 2013.
15. NCRC Reproduction Finalist (pending).
16. Fresh heifer sales throughout the United States and overseas. 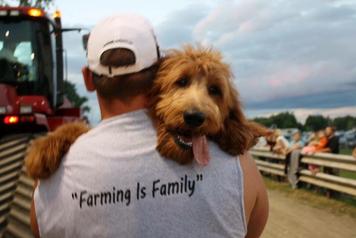 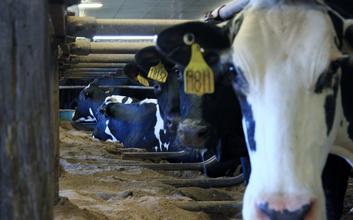